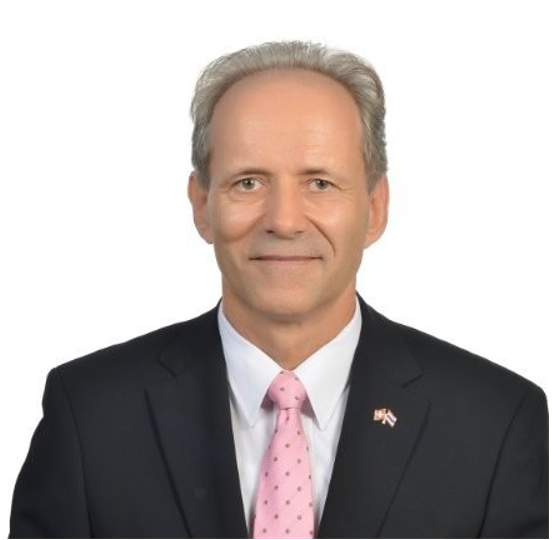 Dear Friends and Members of the STCC

As we bid farewell to another extremely challenging year and enter 2022 with a hearty dose of optimism, I wish you on behalf of the STCC Board of Directors a prosperous and successful Happy New Year, but foremost good health prospects for you, your families and your business associates. As we are working on closing the books for 2021 and assessing our business prospects for 2022, many of us would agree that we are still dealing with a very unpredictable environment, both socially and economically.

Looking at the most recent Covid-19 protests in Europe, North-America and other parts of the world, the increasing power of the state and the loss of individual liberties seems to be on everybody’s mind. Given the global challenges posed by the Covid pandemic, and to a smaller extent by climate change, the governments take on an increasingly dominant role in our daily lives, which is in stark contrast to the notion of laissez-faire principles of free markets and liberal societies. Simply said, between state oppression and individual liberty. In my point of view, the discussion should not be so much over more state or more markets, but rather between pro-competitive and anti-competitive regulations. One case in point are the digital monopolies, which enabled a few private companies to concentrate massive power in their hands. The question is, does one person’s or one company’s ability to distribute/edit/block the news of two billion people plus really promote individual liberty and competitive markets? The issue is hence not between state oppression and freedom of markets, but rather that market power, or the influence of dominant private companies, does not interfere with a state’s role to perform its vital duties, such as protecting the health and well-being of its citizens. It is an issue of concern for many government leaders, and it will be interesting to see what type of policies will be implemented to deal with this dilemma. Looking at Thailand, one could also make the case that the government should continue to introduce more economic stimulus measures. Initiatives such as “We Travel Together”, tourism subsidies, shopping stimulus packages like “Shop Dee Mee Khuen”, tax deductions programs, really helped to stimulate private spending and boost consumer sentiments. I am not a big fan of government interventions per se, but we live in extraordinary times which demand extraordinary actions.

One bothersome aspect about life in Bangkok is the recent result of the work/life balance study of KISI, an US based technology firm. It compared data on work intensity and liveability, amongst others, and Thailand ranked second-last out of 50 major cities. Helsinki, Oslo, and Zurich topped the list as the places with the most holistic work-life balances, whereas Hong Kong, Singapore and Bangkok are home to the most stressed and overworked people, according to the survey. One would agree that life has become even more stressful since the emergence of the Covid Pandemic in Bangkok, and the impact of air, noise, and traffic pollution does not help either. More green spaces and recreational parks would help as well, as the green space per person in Bangkok stands currently at 7.3 m2 per person (source BMA Green Bangkok Campaign), which is by far one of the lowest amongst comparable cities of the size of Bangkok. Once you have experienced a magnificent green oasis in the middle of an urban landscape such as Stanley Park in Vancouver or Central Park in New York, you know what I am talking about. Stanley Park, for example, has the size of 400 hectares and entails kilometres of trails, bike lines, splash parks and great eats that surround the city, creating a metro oasis.

In the meantime, you should have received our invitation letter to the Annual General Meeting 2022 on Thursday, 29th March, and a nomination form to nominate candidates to the Board of Directors. If you feel you could make a contribution to the vibrating Swiss business community in Thailand and want to become part of a dynamic leadership team, then we would be happy to hear from you. We have made tremendous progress over the last 24 months in transforming our Chamber, and with our new office located at the premises of the Swiss Embassy, we are positioned to take our Chamber to an even higher level next. It is also my pleasure to announce that Khun Nuttinee Angsakularporn, also known as Khun Jannie, has joined our Chamber’s office as of 1st January 2022. She will assist David Stauffacher in running the daily operations. She is a great addition to our operational team and with her extensive experience at the Swiss Embassy and dealing with the Swiss/Thai business community, she will be able to make a substantial contribution.

With this in mind, I wish you a good start into the new year and let’s hope that  2022 will be a rewarding year for all of us.  I am looking forward to seeing you at one of our upcoming functions planned for the 1st quarter.